Dr Stuart McGill is the authority on low back pain.

From his scientific research he recommends essential exercise to undertake daily. In particular there are "3 non negotiable exercises"

He has also proven which common exercises to avoid because of their damaging effect.

Piloga Fit is based on this "New Science of a Healthy Back".

You will learn the evidence based exercises that are now part of the training in The American and Canadian armed forces.

Roll downs and sit ups have been replaced. The NHS is now recommending that keeping the natural curve in the lumbar spine is essential during movements.

You may like to preview Stuart McGill on YouTube and consider buying one of his 3 books that inform the PilogaFit exercise classes.

"Patients with chronic back pain are being given risky procedures and addictive painkillers, experts say.

Tens of thousands of patients every year are being given a useless back pain injection, costing the NHS almost £40 million despite doctors being told to stop using it, The Times can reveal.

Health service bosses promised yesterday to crack down on pointless treatment for back pain, with senior surgeons estimating that needless surgery, scans and injections waste up to £180 million a year.

Back pain is Britain’s leading cause of disability, with millions suffering from it at some point. Patients demand a “quick fix” and doctors are reluctant to tell them that there are no good treatments for chronic back pain apart from staying active and psychological therapy, experts say. A report in The Lancet last month said that it was routinely badly treated, with patients being given risky procedures and addictive painkillers that do them no good.

Analysis of NHS data for The Times has found that patients had 70,608 injections of steroids into facet joints last year, up from 62,570 five years ago, despite guidelines in 2009 and 2016 from the National Institute for Health and Care Excellence (Nice) that the £540 procedure should not be done.

“We’ve had two sets of guidelines saying ‘don’t do it’ but it continues to go up,” Martin Underwood of Warwick University, one of the authors of the Lancet series, said. “If you are doing this then you are denying people the opportunity of treatments that we think do work . . . It may be slowing up their recovery by keeping them away from active things.”

The data also show 8,044 operations to fuse spinal bones together, up from 7,224 in 2012-13. The surgery can help some patients with specific conditions or with serious injuries but should not be performed for back pain. “It should be an order of magnitude less,” Professor Underwood said. “The average benefit to surgery is modest at best and there are serious harms.”

Mike Hutton, a consultant surgeon who leads an NHS project to help spinal units to improve, said that surgery was essential for some conditions. He added, however: “I would totally agree that if you have back pain and a specific cause is not clear, surgery is not the way forward yet some surgeons do undertake that surgery . . . Operating on back pain thought to be arising from facet joints or discs is not a good operation and probably costs the taxpayer a lot of money.”

Mr Hutton said that the number of injections was “far too high”, adding: “Sometimes the clinician may be using this as a way of getting someone out the door if they have nothing else to offer.”

He added: “Patient expectations have become very, very high. I understand why. There’s a perception that we should be able to cure everything and sometimes we just can’t . . . We all want that quick fix. But I wouldn’t want an operation on my spine unless it had a good percentage chance of helping my symptoms with relatively low risk.”

He said that his project had found “if you present to your GP with back pain the variation in what happens is huge. Some people are following the national back and radicular pain pathway [but] in some cases the first person a patient may see after their GP is a spinal surgeon.”

There were also 10,906 “radio-frequency denervations” to burn away troublesome nerves, up from 9,023 in 2012-13. Nice says that the procedure should be a last resort.

Guidelines by the UK Spine Societies Board, which brings together senior spinal surgeons, estimates that savings of up to £180 million could be made by better treatment that cuts down on operations, injections and scans.

Rahul Seewal, a consultant in pain medicine, said “a big whack of steroids” might make people feel better briefly but would not solve the problem. He added that doctors had “a very basic and inaccurate understanding of treating chronic pain and how it differs from acute pain or cancer pain”, preferring invasive treatments to social or psychological approaches. “If someone is trained for 15 years to strike a hammer on a nail, he/she will find a nail to strike,” he said.

Julie Wood, chief executive of NHS Clinical Commissioners, which represents bodies that fund care locally, said: “The NHS spends a significant amount on a range of interventions, like injections to the lower back, which Nice suggests do not benefit many patients and should not routinely be carried out. NHSCC is in discussion with NHS England, professional groups and the medical royal colleges about getting a national, professionally led approach . . . to focus on these sort of interventions to secure maximum value for every NHS pound we spend.” 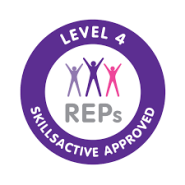 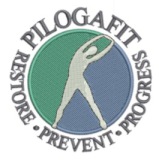 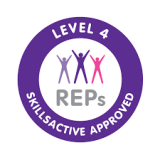